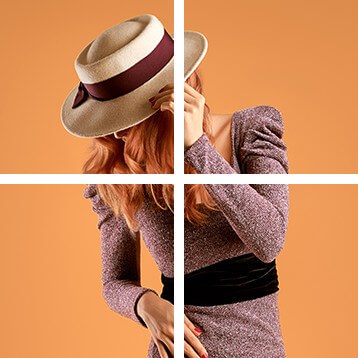 The intense battle for talent may force secretive companies to become more open. “If you tell them, ‘come work with us but you can’t tell anyone what you’re working on’, then they won’t come because you’ll be killing their career,” explains Mr LeCun, who leads Facebook’s AI research lab. This trade-off between secrecy and the need to attract people also applies to the Chinese giants, which are trying to establish Western outposts and hire American researchers. Baidu has opened two research labs with an AI focus in Silicon Valley, in 2013 and this year. Western AI researchers rate them highly but prefer to work for the American giants, in part due to their relative transparency.

If companies can lure the right people in AI, the effect is to extend their workforces exponentially. AI is “like having a million interns” at one’s disposal, says Benedict Evans of Andreessen Horowitz. That computational power is then integrated into firms’ existing businesses.

The advantages of AI are most visible in firms’ predictions of what users want. Automated recommendations and suggestions are responsible for around three-quarters of what people watch on Netflix, for example, and more than a third of what people buy on Amazon. Facebook, which owns the popular app Instagram, uses machine learning to recognise the content of posts, photos and videos and display relevant ones to users, as well as filter out spam. In the past it ranked posts chronologically, but serving up posts and ads by relevance keeps users more engaged.

Without machine learning, Facebook would never have achieved its current scale, argues Joaquin Candela, head of its applied AI group. Companies that did not use AI in search, or were late to do so, struggled, as in the case of Yahoo and its search engine, and also Microsoft’s Bing.

Amazon and Google have gone furthest in applying AI to a range of operations. Machine learning makes Amazon’s online and physical operations more efficient. It has around 80,000 robots in its fulfilment centres, and also uses AI to categorise inventory and decide which trucks to allocate packages to. For grocery ordering, it has applied computer vision to recognise which strawberries and other fruits are ripe and fresh enough to be delivered to customers, and is developing autonomous drones that will one day deliver orders.

As for Google, it uses AI to categorise content on YouTube, its online-video website, and weed out (some) objectionable material, and also to identify people and group them in its app, Google Photos. AI is also embedded in Android, its operating system, helping it to work more smoothly and to predict which apps people are interested in using. Google Brain is regarded in the field of AI as one of the best research groups at applying machine-learning advances profitably, for example by improving search algorithms. As for DeepMind, the British firm may not ever generate much actual revenue for Alphabet, but it has helped its parent save money by increasing the energy efficiency of its global data centres (and its Go experiment was a public-relations coup).

Artificial intelligence is also being applied in the corporate world. David Kenny, the boss of Watson, IBM’s AI platform, predicts that there will be “two AIs”: companies that profit from offering AI-infused services to consumers and others which offer them to businesses. In practice, the two worlds meet because of the tech giants’ cloud-computing arms. Providers are competing to use AI as a way to differentiate their offerings and lock in customers. The three largest — Amazon Web Services, Microsoft’s Azure and Google Cloud — offer application-programming interfaces (APIs) that provide machine-learning capabilities to other companies. Microsoft’s cloud offering, Azure, for example, helped Uber build a verification tool that asks drivers to take a selfie to confirm their identities when they work. Google Cloud offers a “jobs API”, which helps companies match jobseekers with the best positions.

AI on the brain

Many firms in other industries, from retailing to media, stand to benefit from what those in the cloud business tout as the “democratisation” of AI. Providing AI to companies that do not have the skills or scale to build up sophisticated capabilities independently could be a money-spinner in the $250bn cloud market. But providers often must customise APIs for clients’ complex needs, which is time-consuming. Microsoft, with its history of selling software to clients and offering them support, seems likely to do well in this area. It is only a matter of time before AI offerings become “more and more self-help”, counters Diane Greene, who runs Google Cloud.

IBM is another contender, having backed a huge marketing campaign for its Watson platform. AI researchers tend to be dismissive of IBM, which has a large consulting business and a reputation for valuing time billed over terabytes. The firm’s critics also point out that, although IBM has invested over $15bn in Watson and spent $5bn between 2010 and 2015 to buy companies, much of that with the aim of acquiring proprietary data, for the most part it does not have unique data of its own. But IBM’s weaknesses may not hold it back. Bosses of most businesses feel pressure to have an AI strategy, and they will pay handsomely to acquire one quickly.

To date tech giants have mostly tried to apply AI to reap profits from their existing operations. In the next few years they hope that AI will let them build new businesses. One area of intense competition is virtual assistants. Smartphones know their users intimately, but AI-powered virtual assistants aim to take the relationship further, whether through phones or smartspeakers. Apple was first to explore their promise when it bought Siri, a voice assistant, in 2010. Since then Amazon, Google and Microsoft have invested heavily: their assistants’ speech recognition is better as a result. Samsung, Facebook and Baidu are also competing to offer them.

One algorithm to rule them all

It is unclear whether standalone speakers will become a huge market, but it is certain that people will move beyond text to engage with the internet. “All these companies understand that whoever owns that choke point for consumers will rule the market,” says Pedro Domingos, author of “The Master Algorithm”, a book about AI.

Further into the future, augmented-reality (AR) devices are another AI-infused opportunity. Mobile apps like Snap, a messaging app, and the game Pokémon Go are early examples of AR. But AR could more radically transform people’s relationship with the internet, so that they consume digital information not from a small screen but via an ambient, ever-present experience. AR devices will offer portable AI capabilities, such as simultaneous translation and facial recognition.

In the race for AR, big tech firms have not got much beyond the warm-up phase. Google and Apple have launched AR software-development kits; they both want developers to build apps that use AR on their platforms. There is also a rush to develop AR hardware. Google was early to launch a prototype for AR glasses, but they flopped. Microsoft has developed a headset it calls HoloLens, but with a price of between $3,000–5,000, it is a niche product. Other firms, including Facebook and Apple, are thought to be planning their own offerings. Being ahead in AI could translate into big leads in these new fields.

Nowhere is that truer than in the realm of autonomous vehicles. Tech firms are driving millions of miles to build up big, proprietary datasets, and are making use of computer vision to train their systems to recognise objects in the real world. The potential spoils are huge. Personal transportation is a vast market, worth around $10trn globally, and whoever cracks self-driving cars can apply their knowledge to other AI-based projects, such as drones and robots. Unlike search engines, where people may choose to use a service that is good enough, users are more likely to favour self-driving cars with the best safety record, meaning that the companies that best employ AI to map out the physical world and register the fewest crashes will enjoy outsize benefits.

Each firm is approaching the problem differently. Baidu, the Chinese giant, is trying to create a self-driving-car operating system, much like Google’s Android in mobile devices (although it is unclear how it plans to make money). Alphabet has its own autonomous-car effort, as do Uber, Tesla, an electric carmaker, a herd of little-known startups and, increasingly, established carmakers. (Apple is rumoured to have scaled back its car ambitions.)

Self-driving cars are just one example of how technology firms’ AI strategies are pushing beyond the virtual world of software into hardware. Many companies, including Alphabet, Apple and Microsoft, are also investing to build specialised, powerful “AI chips” that can power their various activities. These will compete with those made by NVIDIA, a tech firm that has built an empire on powerful chips used in various AI realms, such as autonomous cars and virtual reality.

It is unclear whether the likes of Alphabet and Apple will sell these chips to rival firms or keep them for themselves. They have an incentive to use their innovations to improve their own services, rather than renting or selling them to rivals — which could become a problem if it means a very few firms develop a meaningful advantage in brute computing power.

That begs the broader question of whether AI will further concentrate power among today’s digital giants. It seems likely that the incumbent tech groups will capture many of AI’s gains, given their wealth of data, computing power, smart algorithms and human talent, not to mention a head start on investing. History points to the likelihood of concentration; both databases and personal computers ushered in ascendancies, if only for a while, of a tiny group of tech firms (Oracle and IBM in databases, Microsoft and Apple in personal computers).

By the metrics that count — talent, computing power and data — Google appears to be in the lead in AI. It can afford the cleverest people and has such a variety of projects, from drones to cars to smart software, that people interested in machine learning rarely leave. Other firms had to learn to take AI seriously, but Google’s founders were early devotees of machine learning and always saw it as a competitive edge.

Some in the tech industry, such as Elon Musk, the boss of Tesla and rocket firm SpaceX, worry about Alphabet and other firms monopolising AI talent and expertise. He and a handful of other prominent Silicon Valley bosses funded OpenAI, a not-for-profit research outfit focused on AI with no corporate affiliation. Mr Musk and others are worried about what might happen when a firm finally cracks “general intelligence”, the ability of a computer to perform any human task without being explicitly programmed to do so. Such a vision is probably decades away, but that does not stop Google from talking about it. “We absolutely want to” crack general AI, says Jeff Dean, the boss of Google Brain. If a firm were to manage this, it could change the competitive landscape entirely.

In the meantime, much will depend on whether tech firms are open and collaborative. In addition to publishing papers, many companies today make their machine-learning software libraries open source, offering internal tools to rivals and independent developers. Google’s library, TensorFlow, is particularly popular. Facebook has open-sourced two of its libraries, Caffe2 and Pytorch. Openness has strategic advantages. As they are used, the libraries are debugged, and the firms behind them get reputational benefits. “Beware of geeks bearing gifts,” quips Oren Etzioni of the Allen Institute for Artificial Intelligence, another non-profit research group.

One guru of the field worries that libraries such as TensorFlow will bring in talented researchers but that their owners may start charging later on, or use them for profit in other ways. Such caution may prove wise, but few think about the long term when a gold rush is under way. So it is now in Silicon Valley. Most techies are too consumed by the promise and potential profits of AI to spend too much time worrying about the future. 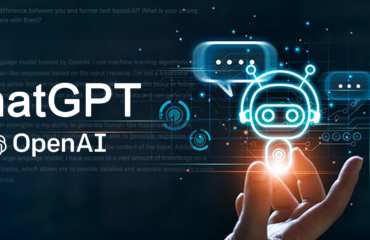 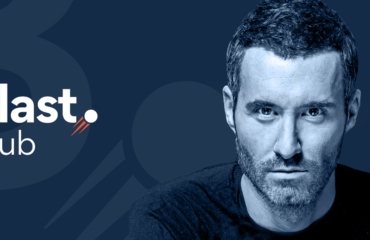 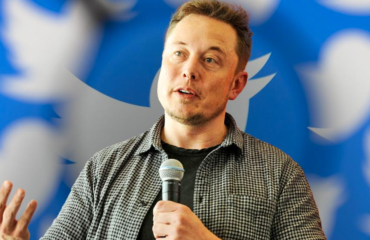 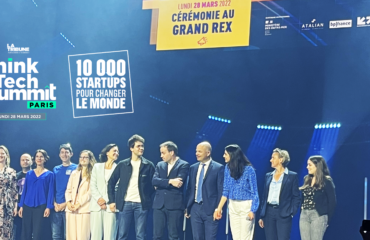 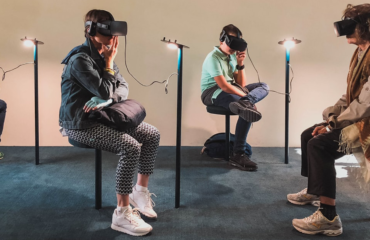 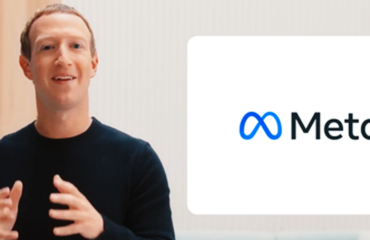